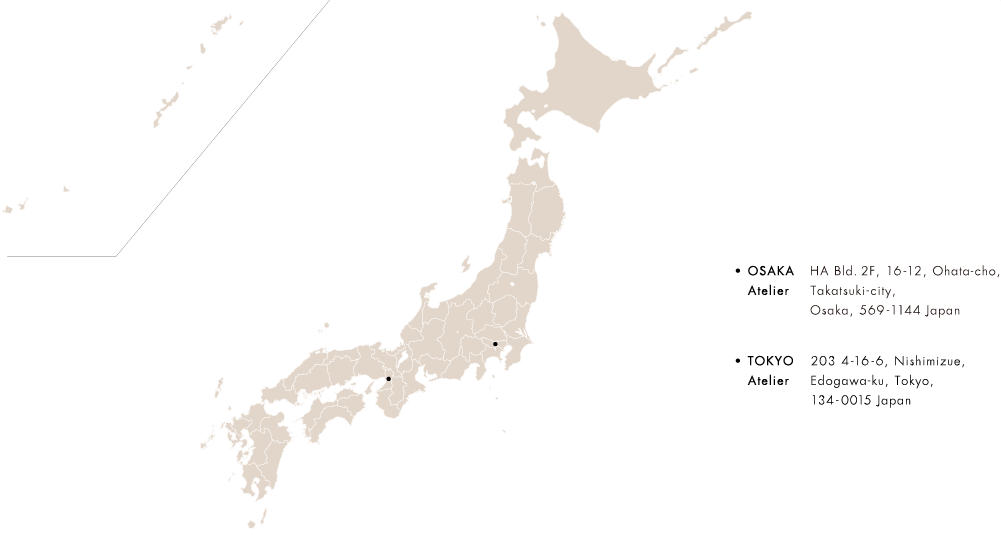 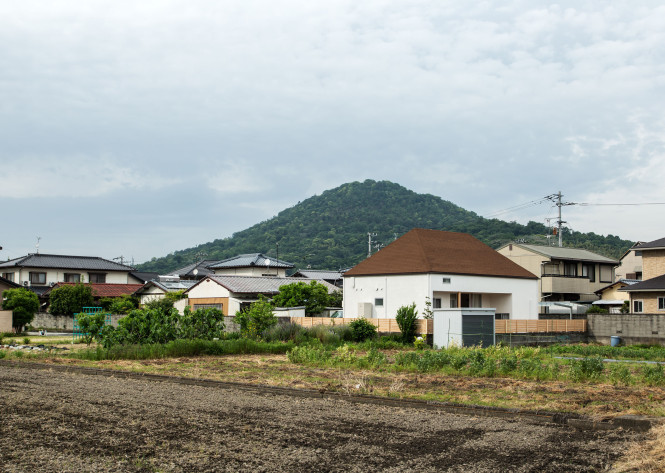 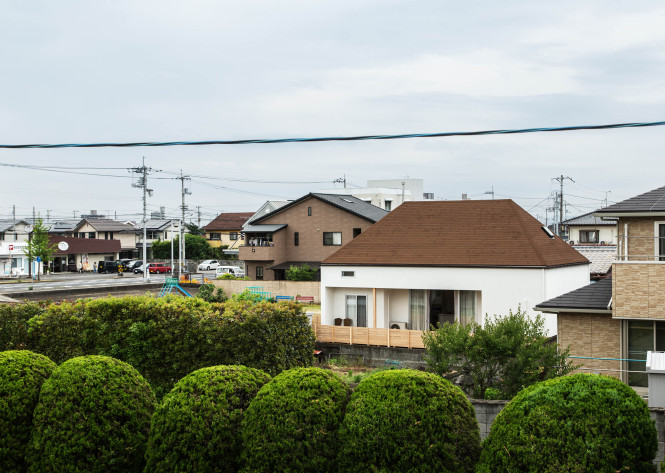 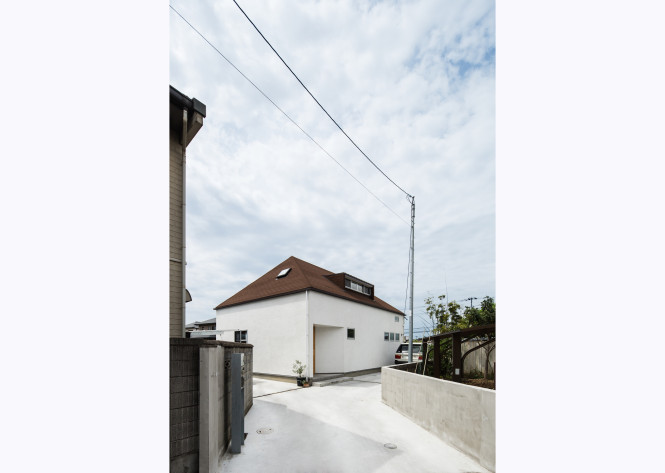 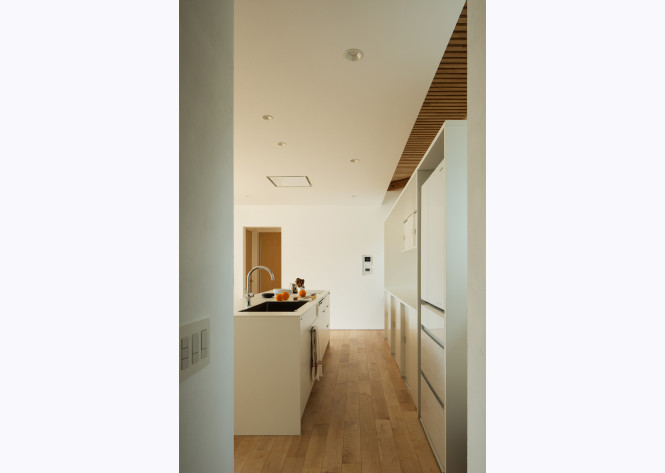 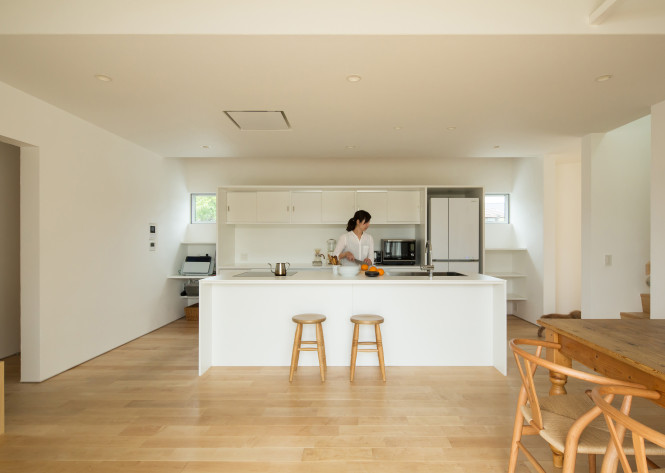 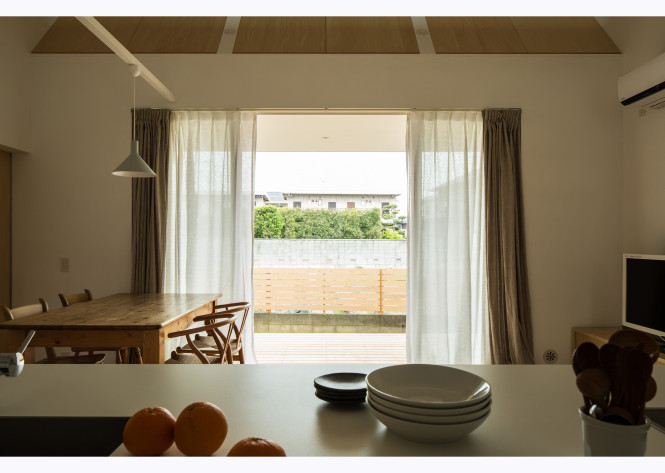 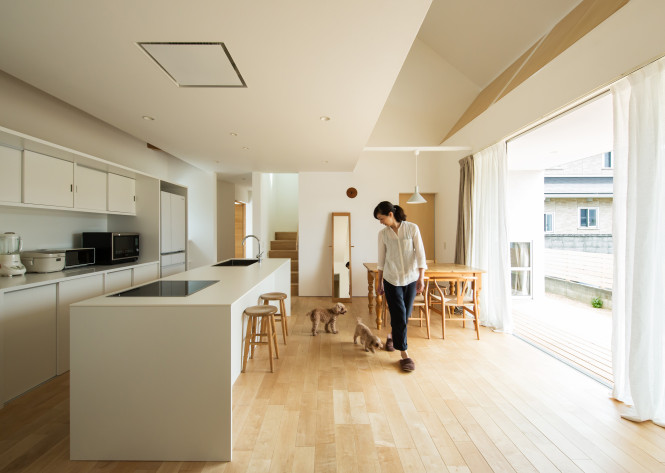 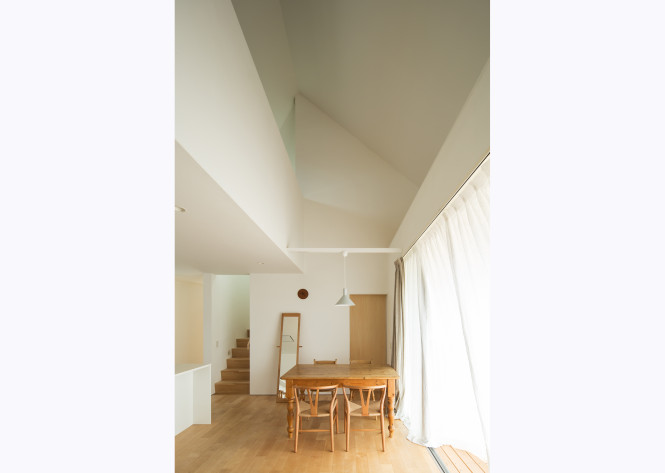 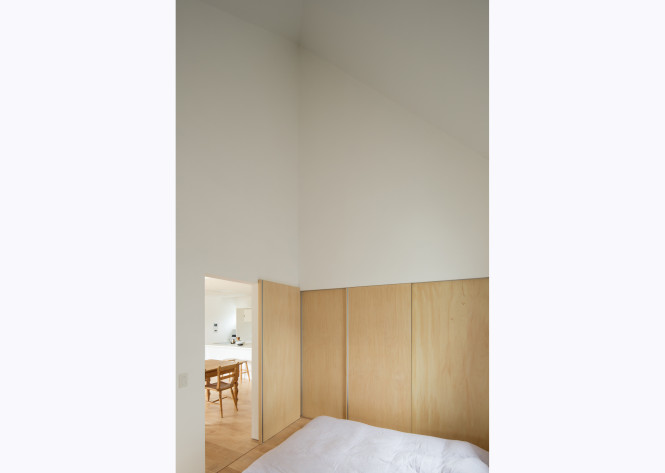 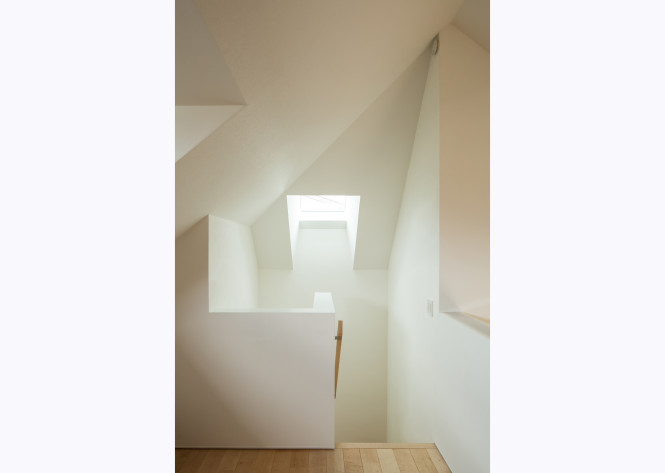 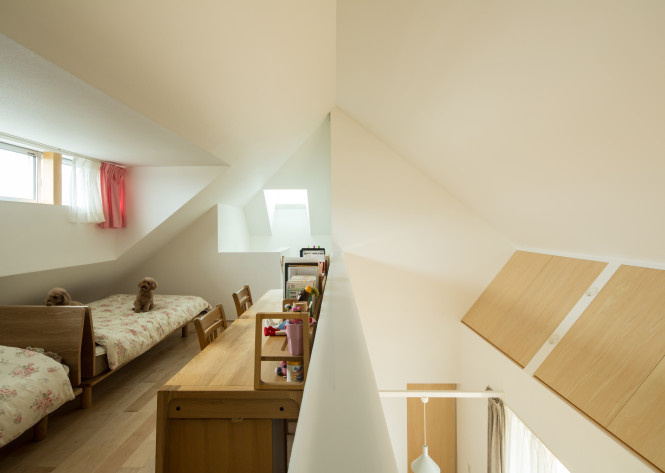 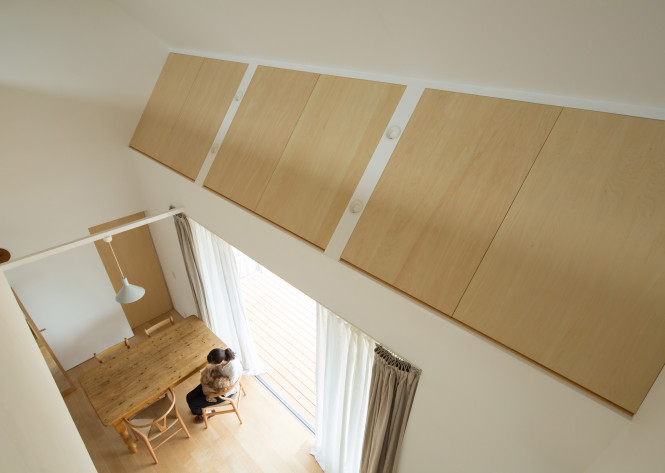 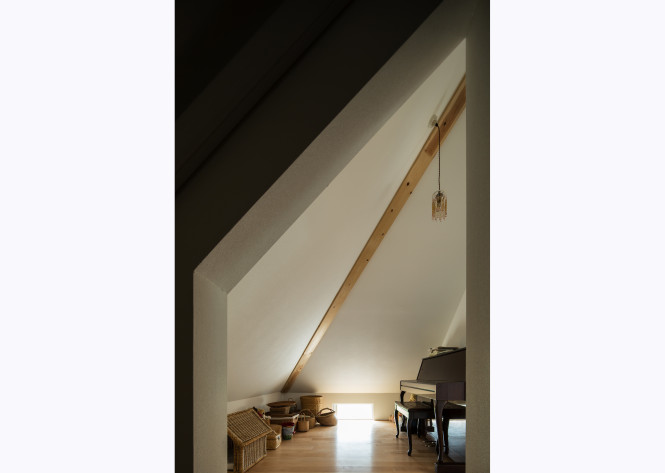 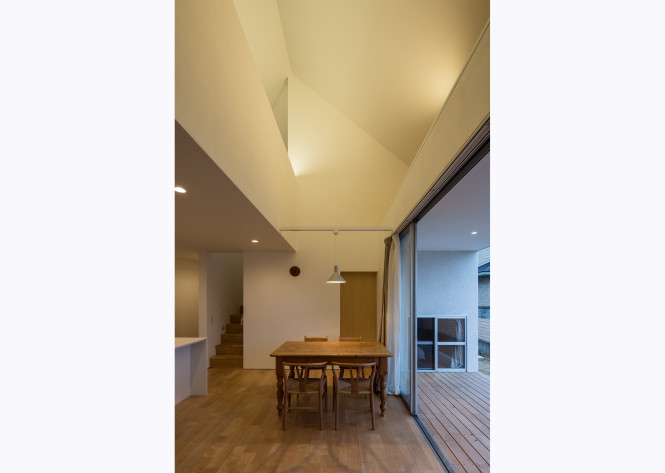 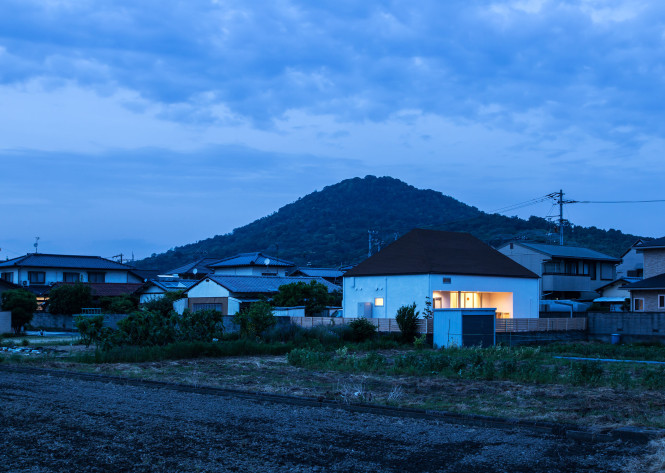 The House in Marugame is a residential project in Marugame City, Kagawa Prefecture. The project is planned for a couple, their three daughters, and two dogs.

The client requested a home that is not excessively large, with the anticipation that the daughters would become independent in the near future. With this in mind, the living room and kitchen are centrally planned, with few barriers.

Prior to the design process, the mother expressed her wish for the shortest, simplest lines of flow for her household chores, and spatial relationships which facilitate communication.

The father asked for the bedroom to be close to the living room, so that if he felt extreme fatigue, he would have ease of access to both rooms.

The living room, dining room, and kitchen are centralized on the first floor, among bedrooms and bathrooms, with minimized distances between each programmatic function.

While the project might even appear to be a single-story house, when viewed from afar, the house responds to its context and natural environment, harmonizing with the landscape and mountains. 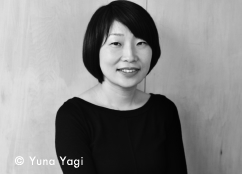 Once created, architecture has significant influence on townscape,
surrounding people as well as the environment, regardless of its background.
It will remain on that ground for decades
whether it blends into the location or not, or if it’s treasured.

No just design or capabilities, but focus on various architectural essence.
Timeless longevity endeared for years, and guarding people’s lives…
this is the concept we pursue. 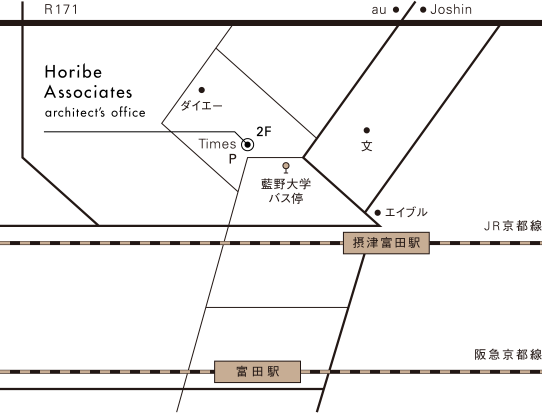